Singapore Property | The residential market in Singapore has experienced a rise in transaction volumes but declining or stagnant prices.

This overview looks back at the non-landed private residential market and HDB to understand the market movement in the year.

Internationally, the year 2016 has experienced changes that had not been predicted as the year began. In June, Britain brought uncertainty to the future of the common market by leaving European Union. Donald Trump got elected as president in the United States risking the failure of international treaties like the Paris Climate agreement and Trans-Pacific Partnership.

Nearby, Singapore’s northern neighbor was rocked by the 1MDB saga which also affected Singapore’s financial firms in the scandal such as Falcon Bank. Also Swiber Holdings, a company involved in marine and oil suddenly collapsed in H2 2016, which was a sign that lengthened decline in price of oil may have a significant effect on the economy. 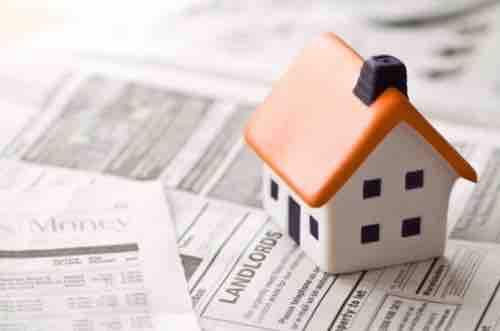 Could the roller-coaster ride of 2016 have benefitted the real estate market given that real estate was perceived to be the safe haven?

The resale market for HDB had higher volumes in 2016 than in 2015. For instance Q3 2016 had an increase of nearly 15% in comparison to a similar period last year. This suggests an increase in demand in HDB resale market and an acceptance that cooling measures meant for HDB purchases will remain. One such cooling measure is the Mortgage Servicing Ratio where home buyers cannot service HDB home loans with above 30% of their monthly income. This combined with cash-over-valuation abolishment, the resale prices of HDB reduced in 2015 and then stabilized in 2016.

The price index of HDB resale remained at 134.7 in 2016 Q1 and Q3 indicating equilibrium, with a possibility of global economic slowdown and cooling measures likely causes of caution on buyers.

However, it is unlikely that Q4 volumes will surpass those of 2015. Also, HDB resale prices are likely to decline or remain flat.

While before 2015 the expensive HDB flats were older, rarer and in smaller units that were mature like the Bishan maisonettes, as from 2015, the flats were centrally located such as City View at Boon Keng and Pinnacle at Duxton.

Private non-landed properties have seen more sales in 2016 than in 2015. In Q3, more than 4,000 caveats were lodged with new launches experiencing stellar performance. Lake Grande by MCL Land sold more than 500 units in the quarter. New launches including Kingsford Hillview Peak, Sturdee Residences and Poiz Residences also did well. The notable one is Cairnhill Nine whose many of its units were sold at launch attributed to its prime location, strong product offering and easy access to Paragon Medical Centre.

Just like in HDB resale market, as volume increased, prices have reduced with Q3 2016 being the 12th quarter in a row of price decline based on URA non-landed residential price index. The decline in price is a reflection of a property market in correction period where home purchasers are more cautious due to expectation of reduced prices and restricted affordability.

Lower prices for upgraders mean they cannot sell their current units at higher prices which is reducing their offers for their next home.

As 2016 comes to an end, it seems to have been the year of right pricing. The demand picked as prices fell. The rise in transacted volumes for private non-landed property and HDB resale means that buyers are getting back to the market again.